I read an interesting article in Business Insider about 20 lottery winners who won millions and how all of them lost or spent their money, usually within two to five years.

Lottery Winners:  From Poor To Rich To Poor Again

There’s the story about Andrew Jackson Whittaker, Jr., a West Virginia contractor, who won $315 million in the state Powerball draw. Within four years, he went from rich to poor, and his fortune was gone.

Janite Lee, a wigmaker from St. Louis, won $18 million in 1993 and donated and gambled her fortune away. She ultimately filed for bankruptcy, penniless and poor, in 2001, only 8 years after winning the lottery.

Another unlucky lottery winner is Billy Bob Harrell, Jr., a Home Depot stockboy, who won $31 million in a Texas jackpot in 1997. After quitting his job, he took a trip to Hawaii, bought a ranch along with six other homes and new cars, donated a lot of money to various charities, and within a few years was divorced and then died by suicide. Prior to his death, he told a financial advisor that winning the lottery was the worst thing that ever happened to him.

I’m not going to recount all 20 lottery winner’s stories, and how they went from poor to rich to poor again, but suffice it to say, there are many more like that.

In fact, according to the National Endowment for Financial Education, upwards of 70% of lottery winners spend through their windfall and end up broke within just a few years.

Let’s change course for a minute, and let’s look at the cycle of poverty.

By the way, you can listen to this article in podcast form here:

The Cycle of Poverty. From Poor to Poor

Imagine a family of three, a father, mother, and a daughter, who live in a subsidized apartment. Let’s imagine the father has a minimum wage job, and the mother is unable to work because of a disability.

Let’s look at a couple of possible scenarios, and see how they perpetuate the cycle of poverty.

In scenario one, the daughter turns seventeen and decides that she’s going to get a job waiting tables at the local restaurant.

Unfortunately, it doesn’t quite work out that way, as there’s a likely chance that the daughter’s additional household income could result in the family losing any of the government subsidies like food stamps, and they could very well lose their rent subsidies because the household income no longer qualifies.

To add to the above points, as a result of the current pandemic, many Americans are getting more from their benefits then from their jobs, and are now reluctant to go back to work.

In the above scenarios, the family doing better might actually mean they do worse, as benefits are reduced as income rises. The family is caught in the poverty trap.

The Poverty Mindset vs the Wealthy Mindset

To the outsider observing the situation, it appears the lottery winner just had a string of bad luck, poor relationships, perhaps an economic recession. The reality is that, even if you gave most of these same winners another $5 or $10 million, chances are, most would spend through their winnings once again. The problem is, they have a poverty mindset.

Or, the family living in poverty who has a difficult time breaking the cycle of poverty. Yes, the husband works, and the daughter wants to further her life and career, but, doing so could mean the loss of rental or other government subsidies.

The Difference Between the Rich and Poor Mindset

In my article, 11 Most Effective Wealth Building Strategies Used by Personal Finance Pros in 2020, I made a major omission.

Here’s what I wrote:

“Creating wealth is about diligently investing in yourself, education and knowledge, learning the basics of finances, understanding risk and reward, and taking appropriate risk where required. Once you have those mechanics, it’s about leveraging your wealth by investing appropriately and earning outsized returns. That, in a nutshell, is the strategy for wealth creation.”

Those sentences sound great, but the problem is I should have started by saying: Creating wealth, and becoming rich, is about developing a wealthy mindset and understanding how to earn, and then invest money. Once you understand the basics of wealth creation, you need to invest in yourself, education and knowledge …

I left out the “wealthy mindset” from the equation. Frankly, it’s the most important part of wealth creation.

The reason upwards of 70% of lottery winners blow through their large winnings is most lottery winners, in fact, most of society doesn’t have a wealth-generating mindset. They have a mindset of poverty. They feel they aren’t deserving of their wealth.

Whether the number is 100%, 150%, or even 200% of debt to income, these are grim numbers that suggest the bulk of North American society has a spending problem. In fact, it’s the same spending problem that most lottery winners have.

I venture to guess that for most of society if they won the lottery, they would end up in the same situation as the 70% of winners who are out of funds within a few years. Until you change how you react to and deal with money, you will continue to be broke.

I write frequently about how to grow a business, how to improve profits, how to invest, and how to create wealth. But the first step toward creating success in any area of your life—yes, including and especially money—is fixing the mindset.

Your world is a reflection of what you believe.

How to Get Out of Poverty Mindset

We all have a blueprint. It’s how we’re programmed, and it guides the things we do and how we live our lives. These blueprints come from our upbringing, likely from our parents. In other words, from the day you started earning your very first dollar, your future financial fate was predetermined. And unless you make some change to disassociate yourself from your preconditioning, your end result will be the same. And it will happen over and over again.

In a 2012 study done by Bradley Klontz of the Financial Psychology Institute titled How Clients’ Money Scripts Predict Their Financial Behaviors, Klontz found that people who hold anti-wealth beliefs such as “rich people are bad” or “rich people are greedy” are more likely to have what Klontz calls “money worship scripts” such as “I can never have enough money” or “more money will make me happier.” These two beliefs are in contrast with one another.

What is the Poverty Mindset?

How can you hate rich people and yet want to become one yourself?

On the outside, you might say, “I want to be rich,” or, “I want to be successful.”Unless you believe you will be successful, deep down in your subconscious, it will never happen. (Related article: The Secret Code For How to Become a Millionaire From Nothing)

The Difference Between the Rich and the Poor Mindset

If you do believe, deep down, that you want something, whether it’s wealth, fame, fortune, or whatever …Unless you believe it, and then take action towards making those things happen, they just won’t happen.

You see, the lottery winners never really believed they should be rich. They self-sabotaged right to the end because they had the money but they didn’t have a wealthy mindset. They had a poverty mindset. They didn’t believe they deserve to have wealth.

Your future success is predetermined by how your mind is programmed. If you subconsciously believe you’re destined to be poor, although you might say the words, “I want to be rich,” the actions you take will continue to lead to the same end result unless you fix the subconscious. In order to fix your relationship with money, you need to understand what that relationship is in the first place.

It’s the same cycle that people find themselves in even when they’re making a decent six-figure salary, and are yet still are deep in debt. They have the habits of the poor mindset.

3 Steps To Break the Poverty Mindset

The reason you’re not rich, or you’re living from paycheck to paycheck, or you’ve just spent through your lottery winnings, or frankly, why you’re not successful in your life’s pursuits, are all grounded in the same subconscious thought that’s holding you back.

Changing your mindset is the very first step toward success. It’s not about how well you invest or how well you understand risk-taking (although those are important ingredients, of course). It’s about what your mindset is telling you, which in turn guides your actions. It isn’t the other way around.

You might be interested in this article I wrote, along the same lines, but, will help you grow from a poverty mindset to a wealth-generating mindset:  How to Become a Decamillionaire, Grow your Net Worth to $10 Million, and Join the 1% Club

You should also consider subscribing to my blog. I publish one article a week on small business and wealth creation.  You can subscribe here.

Also, I published a book during the summer of 2018, “The Kickass Entrepreneur’s Guide to Investing, Three Simple Steps to Create Massive Wealth with Your Business’s Profits.” It was number 1 on Amazon in both the business and non-fiction sections. You can get a free copy here.

Thank you for your interest in THE KICKASS ENTREPRENEUR'S GUIDE TO INVESTING. Three Simple Steps to Build Massive Wealth with your Business's Profits. Please check your email to confirm the book download. Form: 400529

Jeff sold his company to private equity in 2017 and is now semi-retired. Jeff spends time traveling and with his family, writing this blog, managing his real estate portfolio of apartment buildings,  overseeing his investment portfolio, investigating angel investments, coaching other entrepreneurs, and managing his private equity holdings. Jeff is currently on a couple of boards, one for profit, the other not for profit, and now helps entrepreneurs grow their business, profits, and ultimately, create wealth.

Sell Me This Pen Answer: I Tested 20 People, Here Are The Results

What is Medi-Share and How Does It Work? The Pros, Cons and a Medi-Share Review

What Is Asset Tokenization and Why Is It Important?

How To Make Better Business Decisions

Finding Job Candidates: 7 Key Tips to Follow When Hiring for Your Startup

4 Top Qualities of a Reliable Supplier

5 Reasons to Get an Engraved Pen

Investment Visa HK: How Does It Work?

Join 6,472 Entrepreneurs That Get My Business Building and Wealth Creation Posts by Email

I can teach you how to build a successful, profitable business, and turn that into millions in personal wealth.

Thank you for your interest in THE KICKASS ENTREPRENEUR'S GUIDE TO INVESTING. Three Simple Steps to Build Massive Wealth with your Business's Profits. Please check your email to confirm the book download. Form: 400529

We won’t send you spam. Unsubscribe at any time. 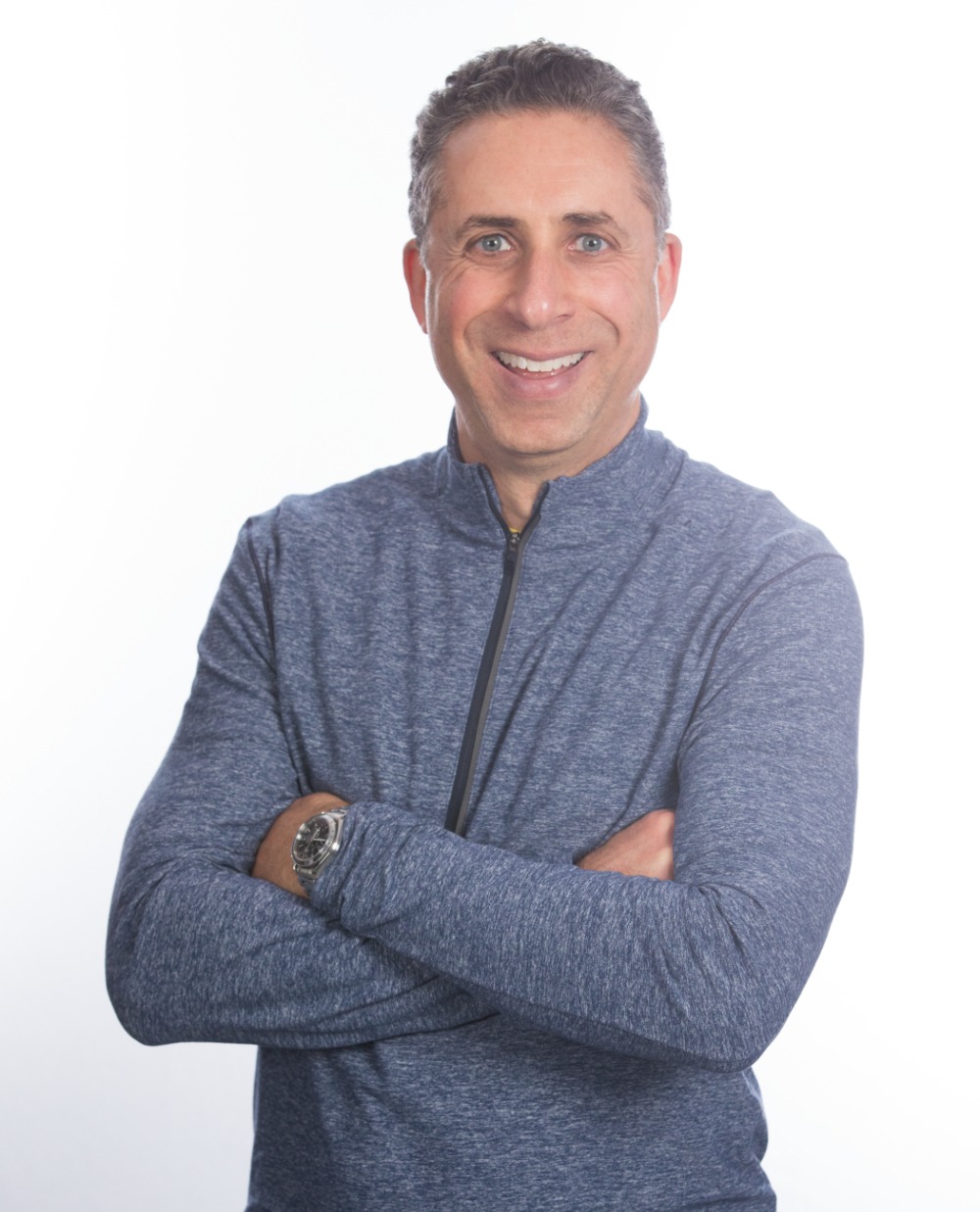 Jeff sold his company to private equity in 2017 and is now semi-retired. Jeff spends time…